I do not perform this procedure.

The proposed advantages of hip resurfacing are to preserve bone and increase the range of activity that patients especially younger patients can perform.

Initially there was a lot of enthusiasm for hip resurfacing and many surgeons were using it. Recent evidence from the National Joint Replacement Registry in Australia and sources in other parts of the world have demonstrated issues with hip resurfacing.

There may be a small group of patients for whom this procedure is still appropriate. 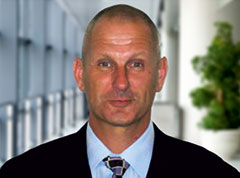